Built on Verizon’s 5G network, the public-private partnership infrastructure provides 5G to the home and will, in the future, allow the cities to test autonomous vehicles and other developing technologies on the network.

Speaking to Cities Today on the sidelines of the 13th 20-20 Cities meeting held in San Diego, Maria MacGunigal, CIO of Sacramento, said that when discussions with vendors first began over a year ago it was imperative for her to take advantage of and leverage underutilised existing infrastructure in order to host small cell deployment.

“We didn’t want new poles constructed in our rights of way or a bunch of meters in our rights of way and so we were really trying to reduce that chaos,” she said. “The other concern was to make sure that we had some reasonably equitable distribution networks across all the different neighbourhoods.”

She added that the network is an important infrastructure backbone that includes more than 200 small cell devices being installed on utility poles and streetlights and “hundreds and hundreds of miles” of fibre optic cables.

“It is what all the smart city solutions will rest upon and is the necessary component,” she said. “We have shown we can build the infrastructure for companies to come here and deliver new products that will improve the lives of our residents. The arrival of 5G will change the technology landscape in Sacramento forever.”

Other discussions during the two-day 20-20 Cities meeting centred on open data and cybersecurity, including a closed ‘city only’ session on negotiating 5G contracts with vendors.

MacGunigal said that in her city the full potential of open data has yet to be realised. She added that open data is consumed by a small but important section of the population and at the outset of open data initiatives–more than five years ago–cities had hoped for more widespread adoption from the general public.

“We set out to deliver on three fronts: data availability, meaningful visualisation, and APIs for the community to develop applications,” she said. “There has been some important activity and excitement but real, long-term business value has yet to be fully delivered.”

Leigh Tami, Chief Operating Officer, Cincinnati revealed that her city did not pursue an open data policy but rather built their open data sets along visualisation.

“We put out data on things that didn’t make us look great, including EMS response data to heroin overdoses,” she said. “We became better at visualisation, and getting attention by the negative. From that we were able to build trust with media partners.”

She added that visualisation of datasets for everyone has helped make people understand why they should care about data.

Jamie Cudden, Smart City Programme Manager for Dublin, said that although the city is big on open data, more needs to be done to increase the sharing of data between other government departments and agencies particularly in the area of transport.

“The impact of open data has not been as transformative as we might have hoped,” he said. “We are, however, starting to see an emerging trend of increased data sharing between governments and business which is helping to create enhanced insights and a more complete view of city performance.”

During a session on cybersecurity, many of the 18 CIOs in attendance said the ransomware attack on Atlanta in March, while worrying, has given them a bit more leverage over increasing cities’ cybersecurity budgets.

The ransomware attack could now cost Atlanta upwards of US$15 million, according to reports.

Basic human error by clicking on phishing emails seems to be the root cause of most cyberattacks, with CIOs highlighting that better training for all staff is required–as is more time to do the training.

“ It is clear that the work of Cities Today and 2020 Cities is having a deep effect on the future of our metros and the sharing of great ideas between our municipalities.” 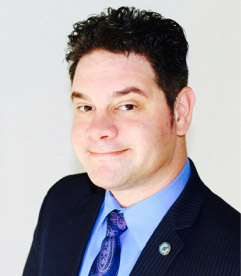